Blue Note records president Bruce Lundvall stated on BET
My word would be “originality.” I thought he was also very original also as a lyricist. Those lyrics are very interesting. The way he was able to scat and play the pans simultaneously is incredible! And I like the quality of his voice. He has a very, very interesting vocal quality.”

Blue Note Artist Cassandra Wilson also stated:
“I love this guy! Okay, where do I begin? He’s playing steel drum and singing-how many times do you see that? It is very innovative. His improvisation is really great! I love what he is doing! Singing with his instrument-I’ve never seen anyone do that. It’s a whole new twist!”

Moving to Denmark in 2002 after having had spent the 90’s touring internationally Boyd married Danish Jazz vocalist Lone Boyd and continues to work with her on several successful jazz and gospel projects together.
Historical Bio Boyd joined the US Navy steel drum band in 1987. Based in New Orleans Louisiana, USA, and toured with the acclaimed outfit until he left the military in 1990. He was introduced to Charmaine Neville, the daughter of Charles Neville from the New Orleans Super group The Neville Brothers. Boyd went and sat in with the Charmaine Neville Band at Snug Harbor Jazz Club in New Orleans and was hired on the spot. Boyd toured with Charmaine for 3 years which often brought him to international acclaim performing at a great many major Jazz festivals, performance venues and concert stages worldwide. On Charmaines 2nd CD release Its About Time, Boyd co-wrote several songs as well as played steel drums, percussion and drum programming.
Charles Neville often came to Snug Harbor, where Charmaine performed Monday and Thursday nights when not on tour. There he met Gregory and was so enthusiastic about his playing that he asked him to join his new band Diversity the same night. Boyd promptly agreed. During the next 5 years, Boyd toured with Charles Neville and Diversity while at the same time also performing and touring with Neville brother Cyril with his acclaimed New Orleans funk band, The Uptown All-stars. During this time Boyd also logged in a very important musical journey with acclaimed space jazz outfit Michael Ray and the Kosmic Krewe where he recorded with the band was featured highly on two seminal jazz recordings; Michael Ray and Cosmic Krewe (Evidence Music) and Funk If I Know (Monkey Hill Records) as well as and performing and touring with Trey Anstacio and John Fishman leaders of the cult rock outfit (Phish), John Medesky (Medeski, Martin and Wood), Kool and The Gang and The Sun Ra Arkestra to which Michael Ray conceptually formed his band. In 1993, during and amidst many engaging projects Boyd began to switch gears and seriously write songs and set out to become a band leader in his own right. Having been a veteran of performing the New Orleans Jazz and Heritage Festival annually Boyd auditioned for a television slot on BET’s bet on Jazz and during his taped audition Boyd gaining the attention of industry leaders such as Bruce Lundvall (Blue Note Records), and recording artist Cassandra Wilson. Today Gregory Boyd is an accomplished Steel Pannist, Singer, Songwriter who continues to push the boundaries of Modern Music with his very own brand of Global Music, which is Steel Drum Textured, Vocal layered and steeped in the traditions of American Rock, Funk, R&B, and Jazz. 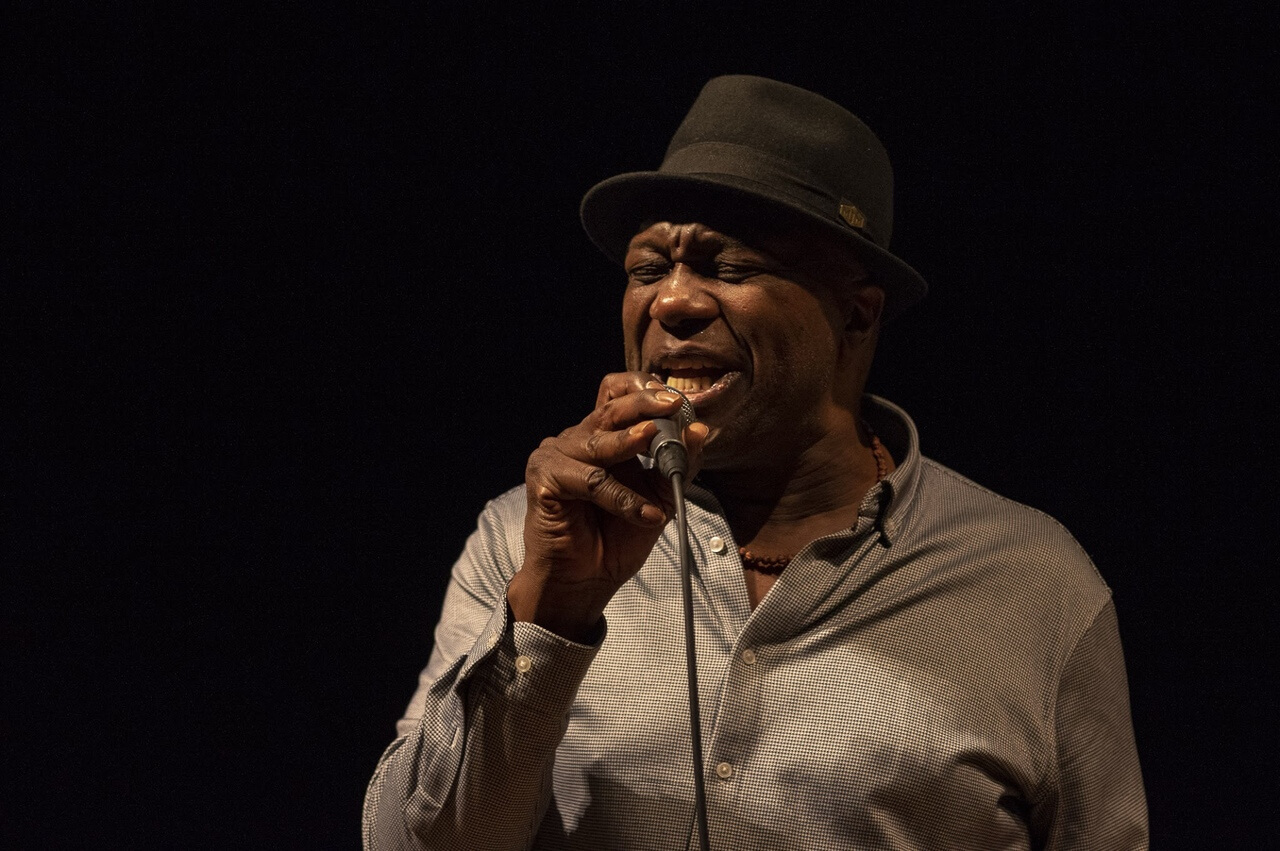